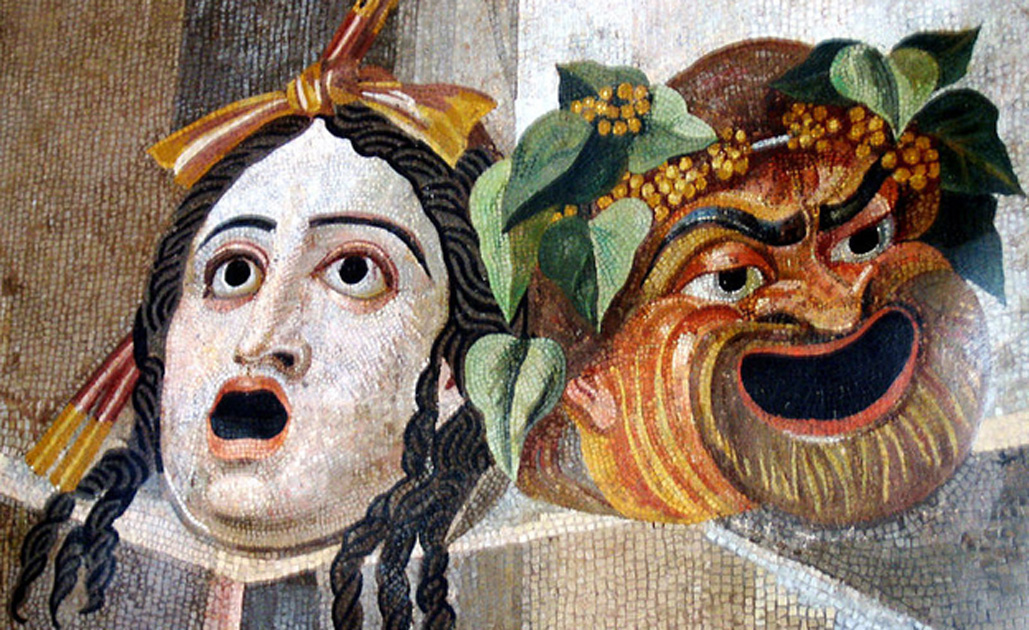 Every day of the year the Liturgical Calendar offers us the stories of a number of inspiring and fascinating saints.  Today, March 8th, the primary saint is St. John of God, a man who led an amazingly varied life: he was, in turn, a shepherd, soldier, servant, laborer, book seller, and the founder of a hospital.  Under the many “identities” he took on over his lifetime, however, there was always the same loving soul who was always ready to sacrifice himself for the good of others.  He died as a result of trying to save a boy from drowning.

One of the lesser-known of today’s saints, the intriguingly named St. Philemon the Actor, also followed an occupation that might not at first make us think of sanctity.   Philemon lived in Egypt at the beginning of the fourth century and, as his name suggests, he was an actor and performer.  One of his fellow performers was a Christian named Apollonius, who, according to some reports, was also a deacon. During the reign of the Emperor Diocletian, one of the Romans’ favorite methods of flushing out Christians was to force them to sacrifice to the pagan gods, and receive a legal document to that effect; the idea was either to force followers of Christ into apostasy, or to compel them to reveal themselves to the authorities who could then put them to death.  Apollonius seems to have lost his nerve when put to this test, and asked Philemon to obtain a certificate saying that both of them had sacrificed to the pagan gods.  Philemon instead professed his Christian faith and was executed.  Apollonius, shamed by his friend’s bold faith, also accepted the death of a martyr, and became known as St. Apollonius.

St. Philemon’s story has some uniquely ironic twists.  Apollonius expected the actor to put on a show on his behalf, but Philemon took off his mask when what was needed was the truth.  Also, our word “hypocrite” comes from the Greek word ὑποκριτής, which means “actor”.  It was because Philemon refused to play the actor that he revealed to Apollonius his own hypocrisy, and so saved both his own soul and that of his friend; as Jesus says, “the Truth will set you free” (John 8:32). St. Philemon has something to teach us as well, if we see in his story a reminder that we won’t be saved in the end by relying on our own talents or cleverness, but by putting our hope in Christ.